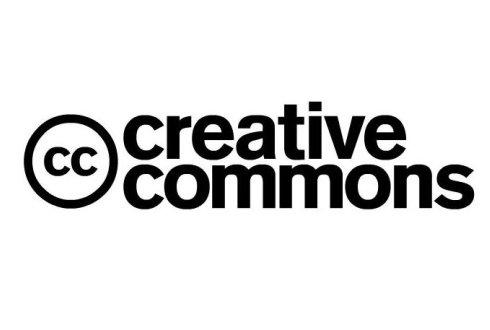 This article is written by Swati K, pursuing a Diploma in Intellectual Property, Media and Entertainment Laws, from LawSikho.

With the advent of social media and digital platforms like Instagram, Facebook, YouTube and Tiktok, etc. the process of content creation over these platforms is at its peak worldwide and India does not want to be left out. In fact India is already leg deep into this arena. The content creation bug has bitten every individual, young or old, rural or urban in India be it for purposes like educational, commercial or for mere entertainment.

In today’s times, social media is no longer a place just to share memories, make friends and have fun. The scope of social media has broken all these barriers and has emerged as a very useful and efficient platform for learning, mass media and revenue generation. People of today pursue it as not just a place to have fun but also a means to create a side-hustle and make money out of the same. Earning while doing what you enjoy, while having fun is no longer a distant dream.

Creation of any content or works online often times require the use or incorporation of works created by other people or entities. Whether the content/ works being created are going to be used for commercial, non-commercial, non-profit or educational purposes is secondary. The primary and most important issue that needs to be taken care of is whether the work (music, photograph, song, graphic design etc.) is declared and permitted to be used by anyone by the original author of such works? Whether the author’s copyrights and other rights accruing from such works are waived? Can it be used for the purposes it requires to be used by you for your content? All above mentioned are some crucial questions that every/ any person needs to address before using the pictures they search on Google or any song or music they use in their Vlogs to be uploaded on YouTube for revenues.

In the end it all zeroes down to a single thing – “Permissions”, for use by a third party be it you, me or any individual or organization. In the Internet lingo these permissions on such works are referred to as Creative Commons Licenses or in short CC licenses. They are actually copyright licenses. Unfortunately, people are unaware of what these licenses are and how they can be used in their works.

This Article would hence try to shed some light on what CC licenses actually are, what their purpose is, what are their types and what could be their scope in India and its development.

The Creative Commons is an American non- profit organization which happens to be the creator of CC licenses. It has released a number of CC licenses for free to be used by public. The organization was founded in 2001 by Lawrence Lessig, Hal Abelson, and Eric Eldred with the support of Center for the Public Domain. The founding management team that developed the licenses and built the Creative Commons infrastructure as we know it today included Molly Shaffer Van Houweling, Glenn Otis Brown, Neeru Paharia, and Ben Adida. [1] The very first CC licenses were released in 2001.

The organization’s purpose is to work towards free and openly available global access to knowledge. It is an avid supporter of global Open Education and is constantly working towards it while collaborating with major institutions and governments to create, adopt and implement open licensing and ensure the correct use of CC licenses and CC-licensed content. [2]

As of May 2018, there were 1.4 billion works licensed under the various Creative Commons licenses. Wikipedia, the largest online encyclopedia, also uses one of these CC licenses. Flickr, one of America’s largest image hosting and video hosting service and online community has, as of May 2018, hosted 415 million Creative Commons licensed photos alone. [1]

The Creative Commons licenses so far have had many versions a.k.a Creative Commons license suite ranging from the very first version- Version 1.0 published in December 2001 to the latest version- Version 4.0 published in November 2013. Until now there have been a total of five versions i.e. Version 1.0, 2.0, 2.5, 3.0 and 4.0 of the CC licenses so far.

The 4.0 suite licenses are referred to as International and are intended to function without any adjustments (porting) across all jurisdictions throughout the world. The 4.0 version has six kinds of CC licenses under it which cater to various needs of the author or licensor.

Porting- It is a process that brings the CC licenses in line with the local copyright law of a country and also its private laws. The process of porting majorly includes two things-

Depending on the kind of rights granted in a work the Creative Commons Licenses are divided into six different categories which are applicable worldwide. They are-

This is one of the simplest and most straightforward of all the Licenses. All the works under this license require the user to give attribution i.e. ‘appropriate credit’ to the real author of the work and also indicate what, if any, changes were made to the original work.

Appropriate Credit, as defines by Creative Commons must include the following-

a) the name of the creator and attribution parties;

b) a copyright notice;

e) a link to the material;

Once the above mentioned are taken care of, the work can be used for any purpose whether it is commercial, non- commercial, educational etc.

An example for the correct way of Attribution can be looked into from-https://wiki.creativecommons.org/wiki/Best_practices_for_attribution

This license carries the features same as that of an Attribution Only license but at the same time imposes certain restrictions on sharing the improved works created using the works carrying this license.

This License not only requires a user to give Appropriate Credit but also prohibits the user from making changes to any such works that could constitute a Derivative of the work. Hence, the works cannot be changed or altered in any way but still can be used for any purpose like commercial, non- commercial, educational, non-profit, gaming etc. after giving the mandatory credits to the licensor or author of the works.

With this one, the user shall provide the Attribution Credit.  However, you are able to add to, modify, change, etc., the underlying work so long as YOU are not doing it in a commercial way. [3] Creative Commons defines commercial as – “primarily intended for commercial advantage or monetary gain”. So as long as the user limits its use to non-commercial activities it is not a violation of the license terms. The real difficulty comes when the user has to share the work in a non- commercial manner which makes this license a little trickier than others.

The user can also license the works he/she creates using the underlying works but that too shall not be for no money.

With this license the user shall-

a) Give attribution credits to the author.

b) Not share or modify the underlying work for any commercial purposes.

c) Provide the same license as the underlying work in the new work or improved work when sharing or licensing.

Under this license the user shall give appropriate Attribution Credits but cannot modify or make derivatives of the works. Further, the user cannot distribute the work for commercial purposes. With this license, all you’re allowed to do is share it for free with other people and in doing so give credit to the original creator. [3]

Creative Commons provides a designation known as – CC0 1.0 Universal for those who want their work to be put in the Public Domain. This makes the works free of any copyrights or any other rights accruing from it. In other words the works are labeled ‘No Rights Reserved’ and are free for any kind of use by anyone.

The legal recognition and legalities involved in the CC license is very well seen in several decisions of courts. One of which was paramount in establishing the legal aspects of the CC Licenses- the Dutch Tabloid Case.

The District Court of Amsterdam decided the first known case involving Creative Commons Licenses in 2006. The case confirmed that the conditions of a Creative Commons license automatically apply to the content licensed under it. [4] In this Case a well-known podcasting guru Adam Curry’s photos uploaded on his Flickr page were published by a Dutch Tabloid without his permission. As a result of which, he sued the said Tabloid and the Court decided in his favor since the photos were licensed under the Creative Commons Non- Commercial License.

The Copyright Act, 1957 provides protection to the literary, artistic and dramatic works under section 14 of the Act in India. Any works created by an author cannot be used or exploited by anyone without the author’s permissions.

In a developing nation like India the free availability and easy access to quality information and knowledge becomes even more important for its development. The Pro Knowledge crowd is working rigorously towards this goal in association with Creative Commons. Few of them that are well known for this are Wikimedia India (with a focus on outreach), Acharya Narendra Dev College (with a focus on OER), and The Centre for Internet & Society (Legal Focus) who are working on different aspects of CC Licenses in India. [7]

One significant breakthrough happened because of the effort of CC-India in 2013 when the Indian government released the National Repository of Open Educational Resources (NROER) project by releasing text, images, audio, video and other interactive media under a CC-BY-SA 3.0 license – which allows users to use, remix and redistribute content from NCERT. [8] Today there even exists an India Specific CC- BY license for use by Indians. Still there exists a lack of knowledge among the masses particularly students in respect of the licenses. Also, copyrighted content on publicly funded government organizations and projects websites makes access even more difficult for the very public who funds them.

These though are baby steps towards the goal of free public access to knowledge resources in India. India’s participation and contribution, on a large scale, in the Creative Commons Global Network (CCGN) becomes even more necessary than ever today.

Students of Lawsikho courses regularly produce writing assignments and work on practical exercises as a part of their coursework and develop themselves in real-life practical skill.