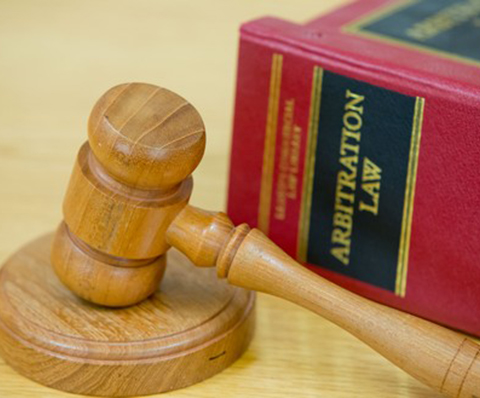 This Article is written by Riya Ranjan, from Lloyd Law College. This article deals with the principles and applications of the Arbitration Law in India.

Arbitration dispute is described as an Alternative Disputes Resolution that is often used for the resolution of commercial disputes. Arbitration is different from mediation and conciliation, a mediator or conciliator only suggests the outcome and it’s upon the discretion of the parties whether to accept those or not. Whereas arbitration tribunal decisions are binding on the parties.

Arbitration is different from litigation, Mediation, Negotiation, and Conciliation. It is observed that arbitration is a bit faster and less expensive than other court proceedings. It is also a confidential and time-efficient process of solving disputes. The matter discussed during the arbitration process isn’t revealed outside the chamber.

Arbitration dispute is described as an Alternative Disputes Resolution that is often used for the resolution of commercial disputes. Arbitration is different from mediation and conciliation, a mediator or conciliator only suggests the outcome and it’s upon the discretion of the parties whether to accept those or not. Whereas arbitration tribunal decisions are binding on the parties.

Arbitration can be either voluntary or mandatory. Arbitration which can only come from a statute or a contract that one party imposes on the other, in which the parties agree to hold all existing or future disputes to arbitration, without necessarily knowing, specifically, what disputes will ever occur are said to be Mandatory Arbitration. The arbitration may also be binding or non-binding. Technically non-binding arbitration is not arbitration but is similar to mediation in that a decision cannot be imposed on the parties.

Arbitration was first used in the Jay treaty of 1795, which was negotiated by John Jay. The United States and Great Britain had started the use of arbitration to resolve their issues. At the First International Conference of American States in 1890, this plan was introduced to start a systematic arbitration, further, this plan failed. After that, many countries signed treaties, and many conventions were made regarding arbitration. Some were rejected and some were not accepted by the tenants.

Nowadays, many countries use arbitration to solve their disputes. The most important international instrument on arbitration law is The Newyork Convention, 1958, which entered into force on 7 June 1959. According to research, there are over 150 countries ratified under this convention.

Following are the general principles of the arbitration:

Since the arbitrators have limited powers, they cannot act ultra – vires of their powers under the code. The act has established a higher authority to keep checks and balances on the practices of the arbitration. The arbitration clauses leading to the original type of jurisdiction are classified under two categories: Domestic Arbitration and International Commercial Arbitration.

However, arbitration procedures can be varied to suit the needs of the parties. There are more specific types of Arbitration:

It is a very flexible process and the fastest way of solving disputes. Businessmen always prefer choosing arbitration for solving their disputes rather than other forms of dispute solution. It is more a commercial type of process and is less formal than the court process.

Parties have better control over the dispute resolution process through arbitration. The arbitrators are selected by the choice of parties and also the parties can select and specify the legal and procedural rules that will govern the process.

Arbitration consumes less time and is a shorter process than other court proceedings. It saves the time of the panel as well as the parties. The time limit can be placed on the length of the process.

It is the initial process where the attorneys first meet with their respective clients and discuss the facts of their cases. The attorneys identify and track down all of the relevant documents, information, and witnesses they will need to present their claims and defenses at the final hearing. After that, they prepare their respective Statements of Claim and Answers with their clients accordingly and will send a copy of it to other parties.

Discovery is the pre-trial phase. This phase was initiated just before the final hearing during which the parties attempt to identify and track down all of the relevant documents they will need to present their claims and prepare their defenses.

At first, the Panel Chairperson will explain the procedures, and any preliminary issues will be resolved. After that, the hearing will begin and the parties will make their opening statements, and then be permitted to present their case by calling witnesses and submitting evidence. After the parties will make their closing arguments, and then the Panel will deliberate their decision.

In the above-mentioned case, it is reiterated that reappraisal of evidence by the Court is not permissible. In the case where the reasons have been given by the arbitrator during making the award, the court cannot examine the reasonableness of the reasons given. If the parties have selected their forum, then the deciding forum must be conceded the power of appraisement of evidence. It will not rely on the court to take upon itself the task of being a Judge on the evidence before the arbitrator and the arbitrator is solely responsible for the quality and the quantity of evidence.

The Uniform Arbitration Act has been adopted by many countries so far, although some states have specific and individual rules for arbitration. This is the best process to resolve a dispute over commercial or corporate matters.

This is flexible and useful especially when the subject matter of the dispute is highly technical: arbitrators with an appropriate degree of expertise can be chosen. This is the most confidential process which acts if both the parties have given their consent to it. This process will save a lot of time which is consumed in other courts’ procedures and are easy to enforce.