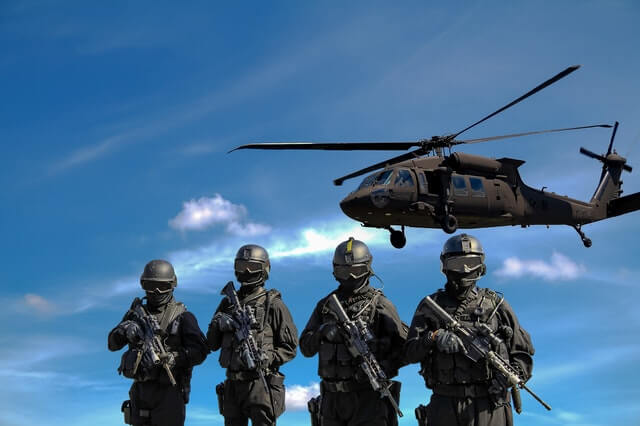 This article has been written by Shoronya Banerjee from Amity University, Kolkata. This article provides an overview of certain important provisions of the Border Security Force Act, 1968. The independence of India had not only set India free from colonial dominance but also vested the nation with the responsibility of protecting each and every corner and border of the nation from further invasions. Right after the independence local police and state administering authorities were endowed with the charge of protecting the borders of the country from enemies trying to penetrate through borders of the nation.

The local forces had faced some of the worst blows and challenges over the years beginning with the attacks in Jammu and Kashmir in 1948, the Chinese attacks in the northern frontiers in 1962, and so on. Each border state of India was responsible for protecting the respective international boundaries, but after 1965 the nation felt the extensive need of developing a stronger and multi-faceted force that would function under the vigilance of the Central Government to strengthen the defense system of the nation.

The Border Security Force (BSF) became operative from December 1965 for protecting the Indian borders, controlling matters, and averting cross-border crimes related to it. It works under the superintendence of the Ministry of Home Affairs which had Mr. K F Rustamji, as its first Director-General of BSF. The Border Security Force Act was enacted in 1968 to provide governance for the regulation of the Armed security forces under the Union Government of India. This Act helps to guarantee the security and safety of the borders of the nation further.

The Central Reserve Police Force Act 1948 was the initial Act under which the Border Security Force had been established. In 1968, understanding the requirement of a proper and specific set of laws and rules governing the Border Security Force was passed by the parliament. The B.S.F. Bill was presented in the  Lok Sabha in 1968 with the objective to institutionalise and lay regulation terms for the armed forces under the Central Government for protecting the borders of India. The Bill had proposed to vest the BSF with duties of safeguarding the India-Pakistan international border, protecting people living in such areas, and preventing crimes across borders like smuggling, trafficking, invasion or exit from the country, and so on.

The Bill took into consideration two aspects, firstly, a question was raised about the nature of the force with its powers of police as well as an armed force.  A confusion arose about the role of the BSF that if it was only a border security force or it had some role to play in the internal security system as well. This Force was presented as a paramilitary body with the ability and expertise to match police as well as an armed force. The second aspect dealt with the BSF being used for enforcing law and order and also in the internal security operations. The BSF was established under Article 355 of the Indian Constitution with it being similar to that of any armed forces under the control of the Central Government.

The BSF has played diverse roles over the years, which includes safeguarding the borders and protecting the people inhabiting the areas near it, preventing cross-border smuggling activities, defending the borders from enemy troop invasion, and so on. But the BSF functions under the governance of the Border Security Force Act, 1968. It functions as per the provisions and limitations put forth by this Act. Some of its important provisions are:

Constitution of the force and requirements for the service

In the case of Gouranga Chakraborty vs State Of Tripura And Anr, the appellant was a constable in the BSF, since 1966. In 1971 he had received a sanctioned leave as his father had passed away. The Shrad ceremony was taking some time during which he had also fallen sick for which his leave had to be extended with the support of a medical certificate. Soon in December 1971, his Commandant had sent a message addressing his extension of leave which was not notified, and thereafter, he would be dismissed from the service. He had also been asked to submit an explanation and his defense against this step. In response to this, the appellant had a telegram on 21st December 1971 but without the explanation. He received the confirmation of his dismissal soon.

The appellant had filed a civil suit declaring the step of dismissal to be illegal. But it was held that the power vested in the Commandant under Section 11(2) for which he could dismiss officers read along with Rule 177 of the BSF Rules is independent and it was proved that the charge wasn’t illegal. The principle of natural justice had not been violated as held by the High Court and the appeal was dismissed.

In the case of Rajvir Singh vs Union Of India And Ors, the applicant Rajvir Singh had filed a petition to quash the charges against him of having accepted 3 lakh rupees from Shri Mehrajuddin Ahanga while performing his duties as a monetary gratification for exercising his official powers in Shri Ahanga’s favour and releasing Shri Nazir Ahmed Soli, chief of A1- Jehad outfit, from the BSF’s custody, for which he was also charged under Section 40 of the Act.

Hence, the Border Security Force integrates and organizes the functioning of various law enforcement agencies involved in preventing cross-border crimes or crimes committed near the border areas, or defending the Indo-Pakistan and Indo-Bangladesh borders, and protecting the people living in border areas, and also taking care of incidents of encroachments, illegal invasions, and smuggling in such border areas.

Even though the BSF was created and established without understanding its wide and extensive importance, this security force had guarded the borders of the nation at the time of peace talks when there were no border threats at places where borders were specified and legally well marked. With years and time, the aspect of border security has posed a great challenge in front of India. The neighborhood countries have time and again tested the limits of it which further has worsened the border security conditions. Although the BSF has taken these challenges to improve upon strength, members, arms and ammunition, and so on. But with time the BSF and internal security system has had a confusing relationship with the BSF being summoned often to work on internal security issues not considering the effect of such a role reversal.

Under the Congress government the Border Security Force Amendment Bill, 2011 had been introduced in the Rajya Sabha in 2011 by the Minister of State for Home Affairs. The Bill proposed to broaden the area for the affairs of the BSF, it could be anyplace inside the territory of India. This had been immediately opposed by the then Chief Minister of Gujarat, Narendra Modi. For him giving the paramilitary force unconditional power was the Centre’s trial at creating a ‘state within a state.’ This Bill was eventually withdrawn in 2015 after facing a lot of criticisms and opposition for it aimed at giving the BSF limitless powers and going against the federal structure of the government.

Students of Lawsikho courses regularly produce writing assignments and work on practical exercises as a part of their coursework and develop themselves in real-life practical skill.