Home कानून विधि Role and use of technology by the Police in the criminal investigation...
कानून विधि 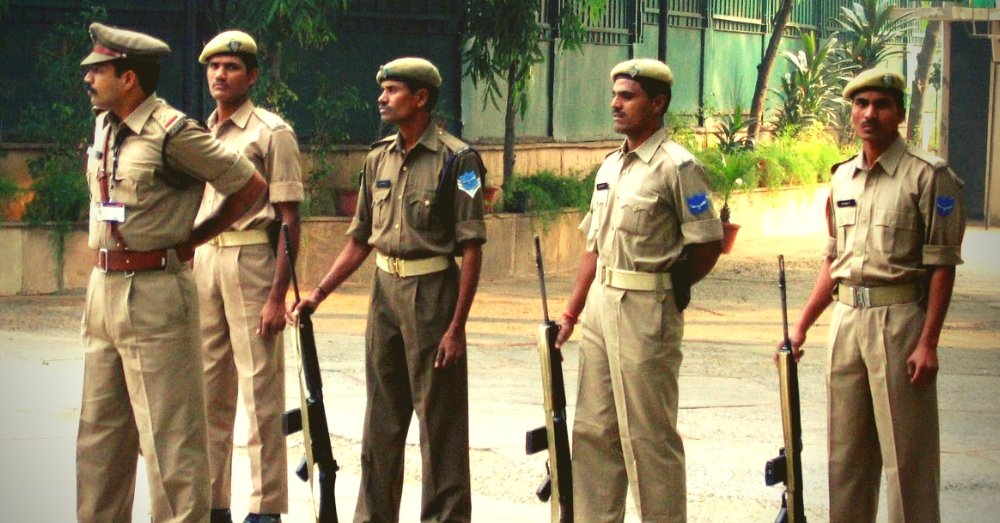 This article has been written by Arpita Tripathy, from KIIT School of Law. This is an exhaustive article which deals with the Role and use of technology by the Police in a criminal investigation.

Technology has revolutionized the world we have been living in. From every instance of opening our eyes in the morning, technology starts playing its role. In fact, after the black swan event, almost everything has been digitized. From education, shopping, food delivery, transportation, and banking transactions, and even the offices have shifted to homes because of the drastic and far-reaching effect of technology. Technology has changed every aspect of life drastically.

In such a fast-moving world of technology, it is imperative for our police in criminal investigation to buckle up and use technology to keep up with the current state of affairs. The police have already incorporated many technological aspects but there is a need for up-gradation every now and then.

India is a home for 135 Cores of people. The police to population ratio is currently 192 per lakh of population, which is quite less than the recommendation of the United Nations which is 222 per lakh population. Due to the advancement in the world and in steep growth in the field of technology, it is important for the police to adapt to the changing world. With the changing world, crimes have also evolved and have taken a new form like cyberbullying, theft of money, data theft, ransomware, website spoofing, IoT hacking, etc. With the ever-increasing crimes in India coupled with such a low population-to-police ratio, it is necessary to have the technology to fill the complexities and make timely decisions.

Information and Communication Technology is the method to provide sophisticated services by merging information technology and telecommunication. ICT is used to store, retrieve, analyze the data. It also includes a mobile phone, video conferencing, etc. These technologies are being used efficiently by the police for law enforcement and can be constantly improved for good governance.

The new technology of crime mapping has been introduced and is being used by many departments especially the departments located in urban areas with huge populations. Delhi government has collaborated with ISRO (Indian Space Research Organization) to start with new technology called Crime Mapping Analytics and Predictive System (CMAPS). This initiative will use space technology for controlling crime and maintaining law and order. The police officers will be provided with a Personal Digital Assistant and this personal digital assistant is connected to a storage processor that stores the data of criminals. Every distress call will be converted into a digital message. This technology will also be used to collect real-time data at the crime scene. For example, the system will help to identify in which area theft is at a high rate and this information can be used to deploy police in the area to stop further cases of thefts.

In Odisha, an app named, ‘MO SAATHI’ was launched by the Commissionerate of Police for the State capital to ensure better law enforcement. The app is freely available in the play store and is used to protect women. The app helps women who are stuck in dangerous situations to alert the police, make audio and video recording, and send it to the Modern Police Control Room. This is a clear example of how technology has helped to maintain law and order and prevent crime against women.

Closed-circuit television (CCTV) is now being used not only in public places but also in homes to ensure safety. This is one of the most widely and frequently used technologies. This is a very easy-to-use device, where a camera is attached on the corners or on the traffic posts or anywhere else, which records the events, stores them and can be retrieved later and can be used by the police to investigate and arrest the suspect. CCTV cameras greatly help to reduce the burden of the police and make the work of the police efficient and fast.

There is a misconception that forensics is limited to only laboratories. Forensics are of great assistance while understanding the circumstances of death and collecting evidence. In the same way, digital forensics examines electronic evidence collected in the process of investigation. Both aspects of forensic involve a lot of technology for accurate results. These are useful not only in criminal matters but also in an internal investigation in civil matters as well.

Electronic Identification is a method through which the police can identify a person easily. This identification can be done through a number of routes. It can be through mobile number, Permanent Account Number, bank account number, driving license, etc.

The Global Positioning System (GPS) is a navigation system that helps in location tracking. It can track the device and its information no matter where the device is located on earth. This can help police in sting operations and better investigations.

The Government of Uttar Pradesh has developed an app called Staqua which uses machine learning, deep learning, visual search, and face-recognition for assisting the Police department. This app helps in storing and carrying information about criminals. It also helps in identifying not only a criminal but also the gang members. Further, it provides for information retrieval during investigations. The startup has helped to solve more than 400 cases. The National Centre of Excellence in Technology for Internal Security has been set up by the Government in collaboration with IIT Bombay for developing technology and self-sufficiency in the internal security of the country.

The use of technology can be of great help in fair trials. In today’s time of the coronavirus pandemic where social distancing is advised, it is extremely dangerous to go to a crowded court. However, because of this pandemic, many cases could have remained pending, the piles of case files would have mounted. But, technology came to our rescue. The court trials are even continuing in this pandemic due to the facility of video conferencing.

The accused who are Non-Resident Indians or on bail and out of the station are also sometimes provided with an opportunity to present their side through video conferencing, thus saving time and money. Along with it, the parties are provided with the fair opportunity of trial.

It was also suggested by the former Chief Justice of India that legal aid, which is an essential part of a fair trial, means access to justice. Access to justice can only be truly achieved when not only law professionals but also the common mass understand their rights. This can be better achieved when legal literacy is preached through technology. He suggested an app so that education can touch masses.

Each and everything has two aspects. Technology has proved to be a boon for the police and has strengthened it in criminal investigation. But we cannot overlook the challenges it has posed as well. A strong relationship between technology and police would lead to a speedy criminal investigation, would hugely prevent crimes, would be helpful to maintain law and order.

Technology has reduced manual work to a great extent and digitized data which makes it easier to access older files and understand the history of a criminal or accused. Even social media has played a role in knowing the background of a person. The whole process of criminal investigation has now become more transparent because of the advent of technology. Technology also creates an interface between the public and the police. It helps the police to protect the life and property of the public. The public can easily and effectively communicate their complaints to the police.

However, technology has also been highly misused and has negatively affected a case. The media has been considered the fourth pillar of democracy. However, the recent rise in media trials has started adversely affecting the cases. They go out of their domain and start excessive reporting by approaching the victim’s or the accused’s family and publish it without giving much focus to verification. The court’s mind tends to get prejudiced because of such news and headlines.

Technology has been evolving rapidly and along with it the association of technology and policy in criminal investigation has been growing as well. However, even after so many technologies being used, there is no proper legislation to regulate the relationship. In the absence of laws to regulate and specify the procedure for the use of technology, it is left to the police itself as to how this can be used.

Technology is being updated every day. With the changing technology, the police department needs to upgrade. However, the technologies are expensive, and changing them every now and then would lead to huge expenditure. There needs to be proper training of the officials for efficient handling of the equipment, thus leading to further expenses.

Technology is the greatest boon to mankind. The technology used by the police for criminal investigation has sped up the whole process and has provided people with an option of distress call to the police station at the time of emergency. This has also instilled confidence among people for faster and more accurate investigation. However, it is very easy to even miss utilising these technologies. Therefore, it is very necessary for proper and strict legislation to be in place so that the privacy of people can remain intact and there is no excessive investigation that is more than the domain and target of the investigation.

The use of modern technology along with the training provided to the officials is expensive. Therefore, it is more affordable to increase research and development in our own country so that the expense can be lowered. Incentives should be provided to the researchers for encouraging them to work towards this particular field.

Suggestions to improve the working of the police by the inclusion of more advanced technology:

In the present era, we cannot imagine a day without the appropriate technology. It is a dire requirement even in the criminal investigation by the police that new technologies be incorporated. Many technologies are already in use but constant up-gradation is required. Technology has been a boon but there have been instances where gross misuse of these technologies has been carried out. For the prevention of such instances, it is imperative to formulate legislation. Technologies are costly and therefore, we should focus on research and development in our own country.